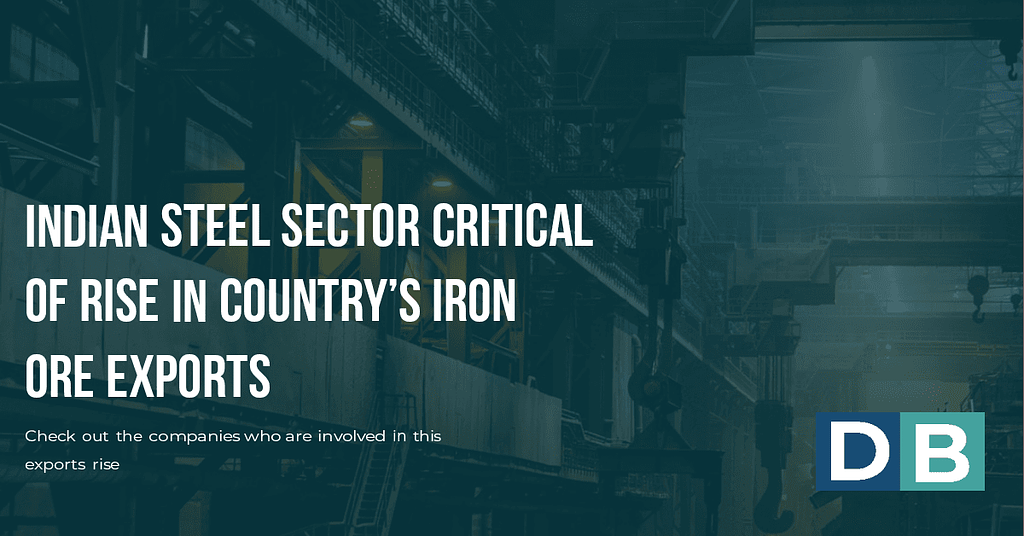 The rising exports of iron ore, especially pellets, from India has put steel manufacturers and exporters at loggerheads.

According to official figures, India’s ore exports between January and March 2020 were 8.9 million tons against 2.0 million tons during the same period last year. In fiscal year 2020, exports were at 25.14 million tons, up from 16.2 million tons the previous year.

Iron ore pellet exports in year 2019 increased by around 53% at 12.86 million tons as compared with 8.42 million tons in 2018, according to Ministry of Steel data. Much of the demand came from China and Japan.

As compared to iron ore, pellets are in demand because of their better heat resistance index and are often used as a substitute in blast furnaces.

The rise in exports has earned the ire of the Federation of Indian Mineral Industries, which has now sought a ban.

The Federation has written a letter to the Indian Minister of Mines calling for a halt on export of pellets, as domestic steel companies were facing a shortage due to the ongoing COVID-19 crisis.

A report in the Economic Times has said the letter claimed the continued exports over the years had completely deprived Indian steel manufacturers of the same.

But pellet manufacturers have retaliated.

Their association has countered the letter, saying any such ban in today’s time would hurt the industry. Any thought of banning the pellet export would be “catastrophic” for the pellet industry, since it would leave thousands unemployed because many plants will become unviable and capacity utilization would drop, the report said, quoting Deepak Bhatnagar, the secretary general of the Pellet Manufacturers Association of India. The association also cited the loss of foreign exchange to buttress its case.

India’s iron ore exports in today’s time of COVID-19, when domestic steel companies are under tremendous pressure, is something of which the steel-producing world has taken note.

One reason for the surge in exports is that most of the world has turned to buying cheap, low-grade iron ore to keep costs under control.

India lower-grade iron ore has about 58% iron content. Anything above that attracts a 30% export duty, so the latter is only normally used by the domestic industry. Another reason being cited for the increase in Indian iron ore is that the output from two of the other big producers, Brazil and Australia, has slowed down.

Low-grade iron ore exported by India is being sold between at U.S. $55-$60 per ton in the global market. China is the biggest buyer, accounting for 85%, while Japan holds a share of 5.3% and South Korea at 3.1%.

Want to get more information?