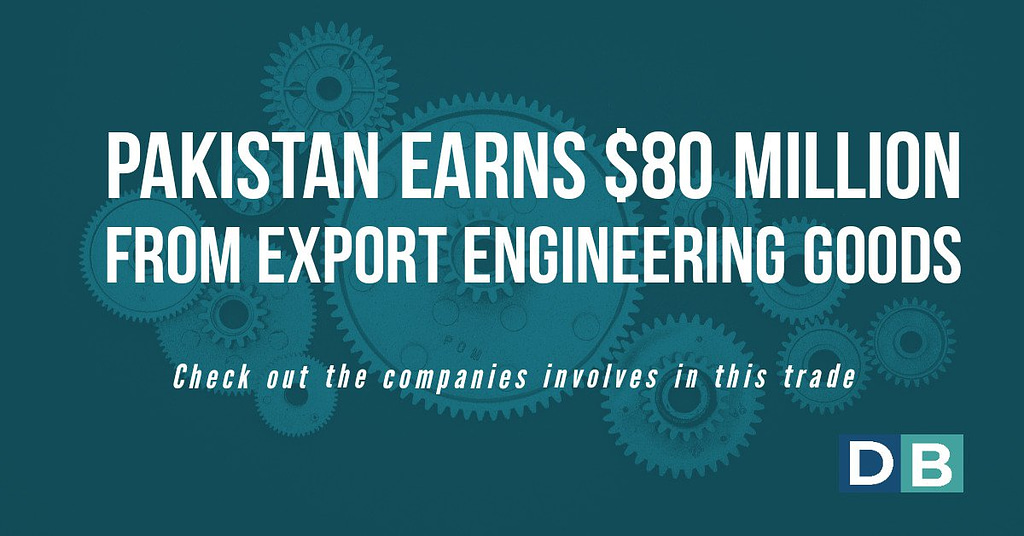 Pakistan has earned $80.002 million from the exports of engineering goods during the first five months of the current fiscal year, Pakistan Bureau of Statistics (PBS) reported.

According to the PBS data, the earnings from exports of engineering goods witnessed an increase of 17.71 percent during July-November (2020-21) when compared to the exports of the same months of the last fiscal year (2019-20).

Among the engineering goods, the exports of electric fans increased by 15.54 percent by growing from $8.690 million to $10.040 million.

The exports of machinery specialized for particular industries increased by 22.19 percent, the data revealed.

On month-on-month basis, the exports of engineering goods increased by 2.31 percent in November 2020 when compared to the exports of $15.895 million in October 2020, the PBS data revealed.

It is pertinent to mention here that the country’s merchandize exports increased by 2.21 percent during the first five months of the current fiscal year as compared to the corresponding period of last year.

The imports during the period under review also increased 1.63 percent by going up from $19.175 billion last year to $19.487 billion during the current fiscal year.

Based on the figures, there has been slight increase of 1.05 percent in the trade deficit during the period under review as it was recorded at $9.740 billion as compared to the deficit of $9.639 billion during last year.