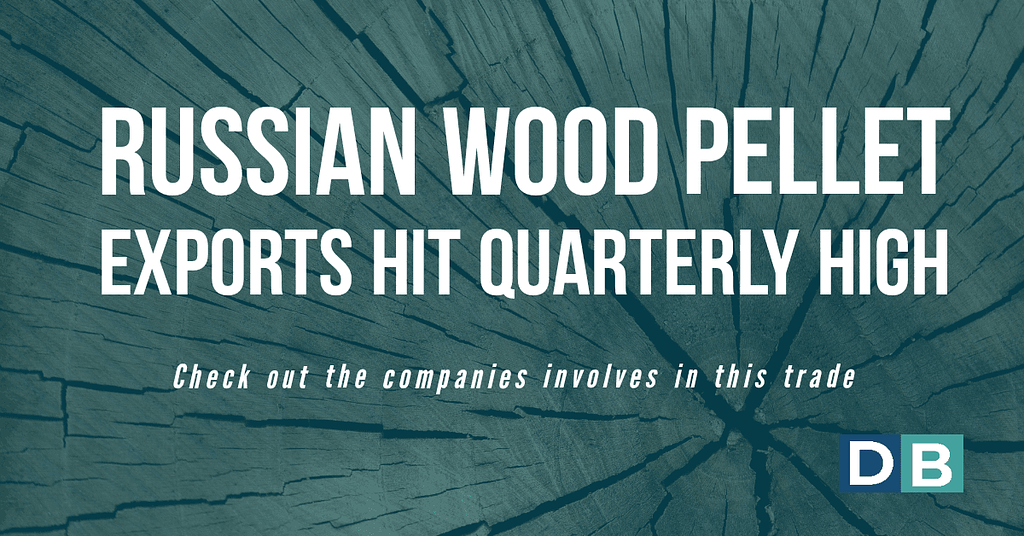 Russian wood pellet exports hit a quarterly high in July-September this year, extending the trend in the first half of the year, as deliveries to the UK, Belgium, South Korea and Denmark rose.

Russia exported 696,000t of wood pellets in the third quarter, up by 37pc from 508,000t a year earlier and up by almost a third on the second quarter. Additionally, wood pellet exports rose by 16.8pc on the year to 222,000t in September, but shipments were down by 8.3pc on the month.

Russia has set numerous record highs for wood pellet exports this year as European industrial demand has risen, alongside South Korean pellet demand, which rose significantly in the third quarter this year as new dedicated biomass plants lifted consumption. Russian exports to South Korea more than doubled on the year to 32,000t in the third quarter, although shipments were down from 60,000t in the second quarter.

Russian supply has made greater inroads into South Korea this year because its has a higher calorific value than southeast Asian pellets and is more price competitive, South Korean traders said.

Elsewhere, Russia’s wood pellet exports to the UK and Belgium rose on the year and quarter in July-September, while deliveries to the Netherlands declined on the year as the country’s demand growth was largely served by North American volume. Russia sent 48,000t of wood pellets to the Netherlands in July-September, down by 18.6pc on the year, but up from just 19,000t in the second quarter this year.

Shipments to the UK more than doubled on the year to 56,000t in the third quarter, up by 16.7pc on the quarter. Biomass-fired generation rose by 1.2pc on the year to 4.24TWh in July-September, data from UK utility Drax and Imperial College London show.

Denmark maintained its position as the largest recipient of Russian supply in the third quarter, with shipments growing on the year and quarter. Exports reached 284,000t in July-September, up by 40.6pc on the year and by 30.3pc on the quarter.

Biomass provided 8pc of Danish utility Orsted’s total power and heat generation in the third quarter — up by one percentage point on the year and equal to coal in the quarter.

Biomass made up 23pc of total heat and power generation in the first nine months of 2020, down on the year by five percentage points. Orsted consumed 100pc certified sustainable woody biomass in January-September, in line with its target for this year and up from 95pc in the same period of 2019.

The Danish voluntary energy agreement states that utilities must ensure 90pc of their wood pellet supply is Sustainable Biomass Programme (SBP) compliant in 2020. To match these requirements, Russian wood pellet producers have ramped up their efforts to obtain SBP certification. There were 26 operational SBP-certified biomass production facilities in Russia at the start of 2020 — by November there were 50.

Conversely, Russian exports to Sweden sank to just 1,000t in July-September, down from 76,000t in the same period in 2019. Forest fires in summer 2018 restricted Swedish raw material supply, resulting in a spike in pellet import demand in 2019.

Pellet throughput at the Russian port of St Petersburg climbed again in the third quarter of the year, with exporters able to significantly increase shiploads as a result of recent infrastructure upgrades and the streamlining of intra-port logistics, the St Petersburg port authority said. Throughput at the port reached a record high of 498,000t in January-September, up from 325,000t in the same period in 2019.