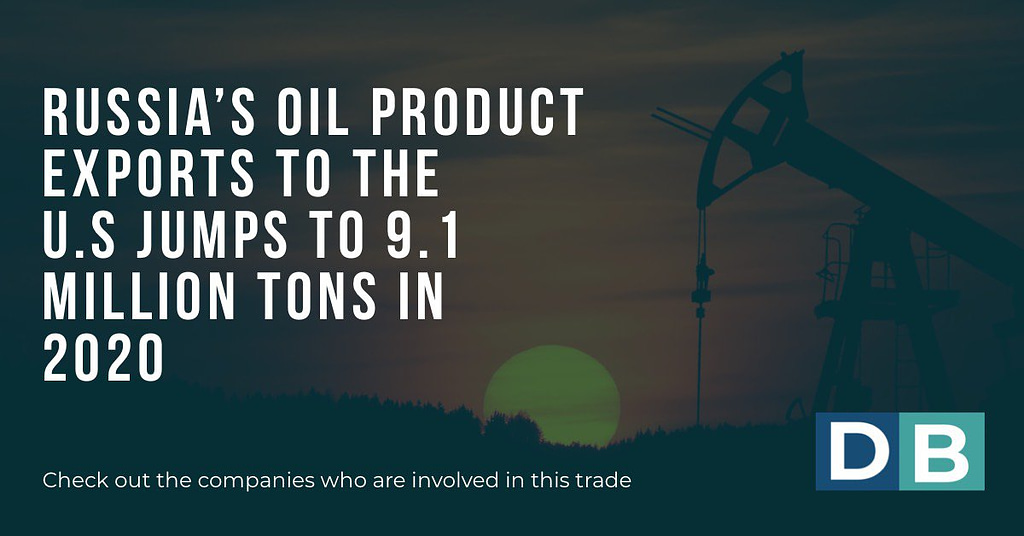 Russia’s exports of petroleum products to the United States more than doubled in the first half of 2020 compared to the same period last year, reaching their highest levels since at least 2004, citing Russian customs data.

Russia’s oil products exports to the U.S. jumped to 9.1 million tons between January and June 2020, up from 4 million tons for the same period in 2019.

The U.S. was Russia’s second-largest buyer of oil products – accounting for 12 percent of Russia’s petroleum products exports – after the Netherlands, which accounted for 16.3 percent of all oil product exports, the customs data showed.

The U.S. has been importing higher volumes of Russian petroleum products since April last year, according to data from the U.S. Energy Information Administration (EIA).

In the first half of 2020, U.S. importers apparently found Russian oil products more attractive in terms of pricing, and they also had to replace oil products from Venezuela which is under U.S. sanctions, Raiffeisenbank analyst Andrey Polischuk told RBC, commenting on the increase in Russian oil exports to the United States.

The U.S. has been raising its imports of fuel oil from Russia over the past year and a half after the U.S. imposed sanctions on Venezuela’s exports, Reuters reported last month, quoting data from Refinitiv Eikon.

Venezuela’s heavy crude oil is suitable to process in complex refineries on the U.S. Gulf Coast, but the sanctions have cut off Venezuelan oil flows to the United States.

Last year, when the U.S. began slapping sanctions on Nicolas Maduro’s regime, refiners started to raise their imports of fuel oil from Russia, importing a record-high volume of 11 million tons for the full year 2019, double the fuel oil imports from Russia in the previous year.

In July 2020, Russia exported 1.078 million tons of fuel oil to the United States, equal to more than 7 million barrels, and a 16-percent increase on June as U.S. refiners had to replace lost barrels of Venezuelan heavy oil following U.S. sanctions on Caracas.