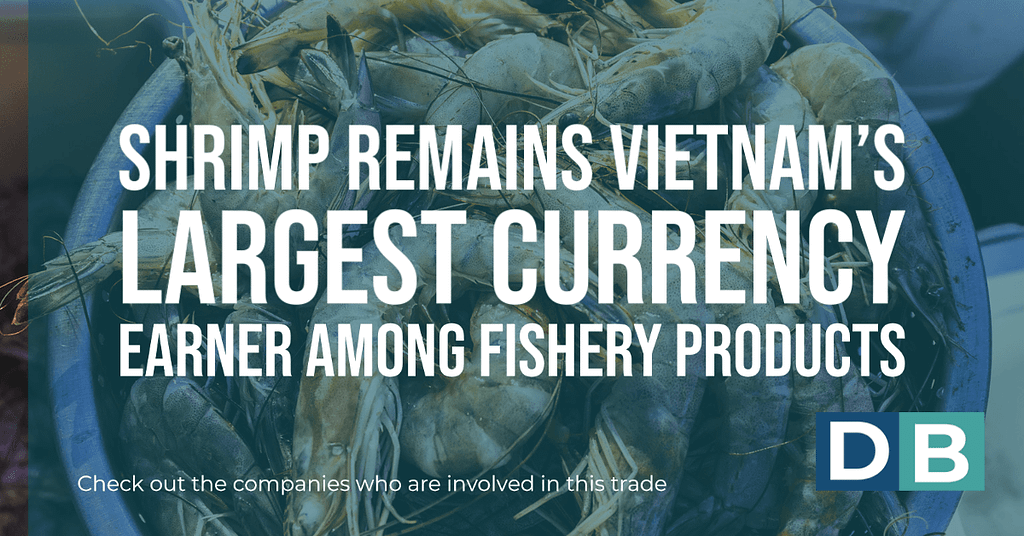 Shrimp export value exceeded 3.8 billion USD in 2021, up 3 percent from 2020 and making up around 45 percent of Vietnam’s earnings from the export of fishery products, according to the Vietnam Association of Seafood Exporters and Producers (VASEP).

Shrimp export value exceeded 3.8 billion USD in 2021, up 3 percent from 2020 and making up around 45 percent of Vietnam’s earnings from the export of fishery products, according to the Vietnam Association of Seafood Exporters and Producers (VASEP).

Shrimp exports fell for two months in a row during the third quarter of 2021 since many factories in the Mekong Delta, which accounted for 80 percent of the nation’s shrimp output, were forced to shut down temporarily and adopt “three-on-site” production scheme to prevent the spread of COVID-19, said VASEP General-Secretary Truong Dinh Hoe.

Shipments started to rebound in the second half of October after factory operation resumed, he noted.

Shrimp exports to the US maintained a modest growth despite COVID-19 impacts, he said, adding that the US’s demand for Vietnamese shrimp products remained quite stable since the outset of the COVID-19 pandemic.

In the first 11 months of last year, Vietnam exported 984 million USD worth of shrimp to the US, a year-on-year surge of 22 percent. The figure represented 28 percent of the country's total shrimp earnings, making the US Vietnam’s largest shrimp buyer last year.

The figure is expected to grow further throughout the first quarter of this year, Hoe stated.

Vietnam was also the largest supplier of shrimp in Japan, the Republic of Korea and Australia. It ranked No.2 in the EU and No.4 in China.

Data from the VASEP show that Vietnam is cultivating shrimp on a total area of over 740,000 hectares, with annual output averaging over 900,000 tonnes. Vietnam is the world’s largest producer of giant tiger prawn (also called black tiger shrimp), with output exceeding 250,000 tonnes a year.

Productivity has improved constantly from 2016 – 2021, as seen in an annual increase of 10 percent in output though farming area only expanded 1.5 percent annually.