Worlwide Exports starts To Go Up 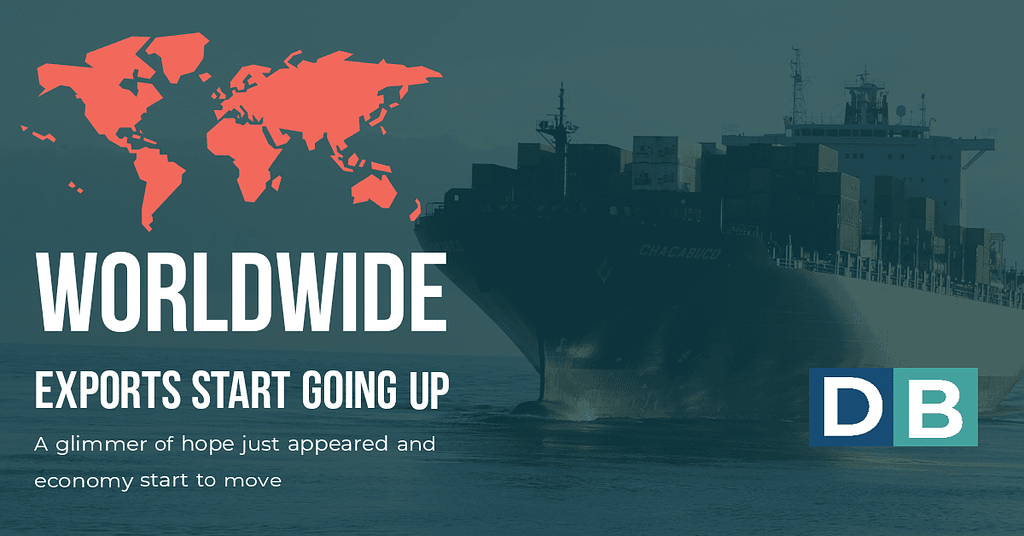 A glimmer of hope just appeared for the bruised and battered economy: exports seem to be looking up.

After crashing to a 40-year-old low in April, export receipts almost trebled to $1.46 billion last month, according to data from the Export Promotion Bureau, which was released yesterday.

Although May’s receipts are down 61.57 percent from a year earlier, it is still a decent figure seeing that much of the global economy were still in some state of an induced coma last month.

“So we can say that export will grow in the near future as the major importing countries are slowly opening up their economies,” said Ahsan H Mansur, executive director of the Policy Research Institute.

But the export receipts will not reach its previous place this year, he said.

Last fiscal year, exports had brought home $40.54 billion, emboldening the government to set a 12.23 percent higher target for this year.

May’s receipts take the export earnings so far this fiscal year to about $31 billion, down 18.88 per cent year-on-year. With just one month remaining of fiscal 2019-20, the export target will most definitely be missed by a country mile.

Garment, which typically brings home more than 84 percent of the export earnings, fetched $1.23 billion, again three times more than it had managed the previous month.

In May last year, apparel shipments raked in $3.24 billion.

“Our observation is that the slowdown may persist until the end of the year in varying magnitude, depending on the post-pandemic global situation,” said Rubana Huq, president of Bangladesh Garment Manufacturers and Exporters Association (BGMEA).

At the time of writing, garment work orders worth $3.15 billion were cancelled.

“It is a tough time for the industry,” she said, adding that a long hangover of the export disruption may have severe implication on the industry’s financial ability to withstand and bounce back, so it deserves more attention of policymakers.

A big number of workers will lose their jobs because of the lack of work orders from international retailers, Mansur said, while calling for the formation of a central fund for the garment sector.

The fund can be used during the crisis for payment to workers so that they do not lose their jobs.

“The stimulus packages the government announced so far are loans and not the direct cash support for exporters,” he added.

The BGMEA chief sought policy support like an exchange rate premium of Tk 5 per US dollar (while document purchasing) on the local value retention, special treatment for exports to high-tariff markets, support research and development, trial production for new products while opting for sector diversification.

Urgent policy reforms are needed for workers’ housing and subsidising food expense. “So an unemployment fund can be launched,” she added.