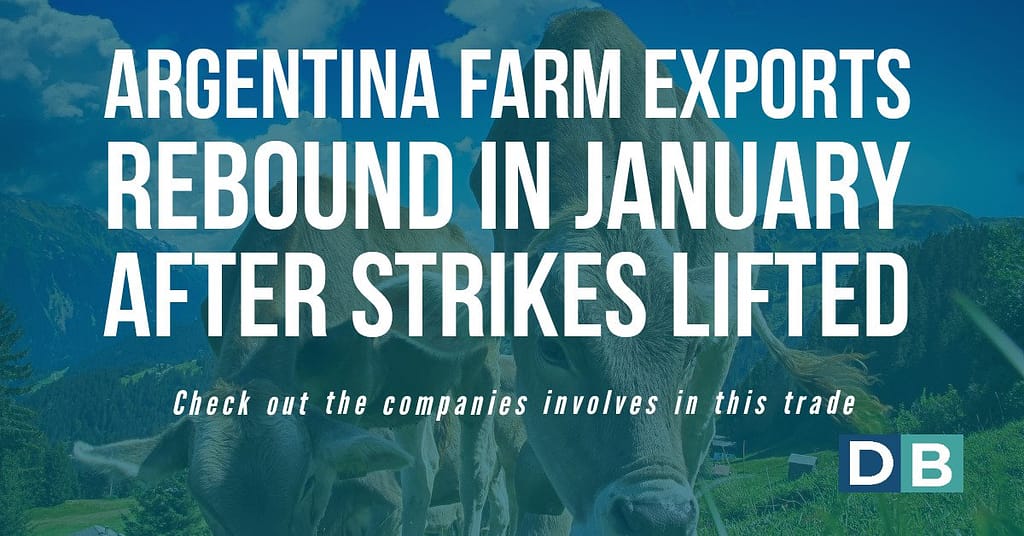 Argentina’s farm exports rose 32.63% year-on-year in January after strikes and standoffs with unions had snarled shipments at the end of last year before agreements were struck, the CIARA-CEC chamber of crushers and exporters said on Monday.

The chamber, which brings together companies that represent 40% of Argentina’s grains exports, said that $2.14 billion of trade was settled in the first month of the year, a rise of 26.6% compared with December.

“This result was due to the fact that in January there was a release of shipments of agro-industrial products abroad, which had been delayed by the various union conflicts that occurred during December and part of January,” CIARA-CEC said.

Argentina is the world’s top exporter of processed soy oil and meal and a major producer of wheat and corn.