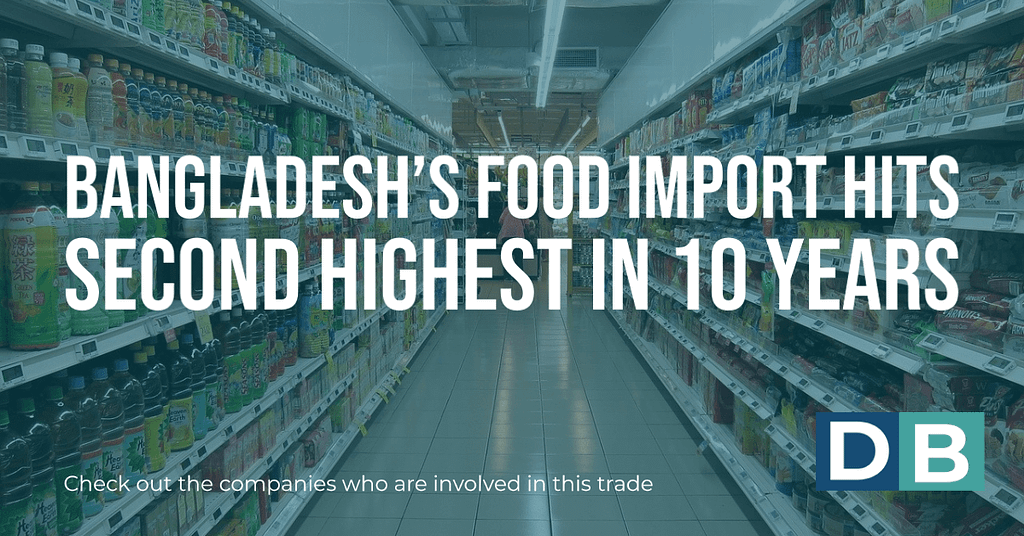 Floods in last year, pandemic-induced difficulties in farm sector and failure to maintain a good food reserve behind the rise, say officials

This fiscal’s import volume is also second highest in a decade, according to the statistics of the Food Planning and Monitoring Unit (FPMU) of the Ministry of Food.

Sources at the ministry confirmed the Dhaka Tribune on Saturday that except for the 2017-18 financial year, the country’s food import volume was never this high in past 10 years.

They attributed recurrent high magnitude floods in 2020, pandemic-induced difficulties in farm sector and food department’s failure to maintain a good food reserve for the higher imports in 2020-21 financial year.

Imports rise up in the last decade

Bangladesh suffered recurrent floods for five times last year with over 40% of its land area submerging for various periods of time. A Bangladesh Rice Research Institute-led study found last year that if the flooding of land remains within the band of 22%, farmers incur some loss but get better returns in post-flood cropping season with soil getting fertile.

But, when floodwaters submerge more than 22% of land, rice output decreases, on average, by 70 tons per square km area. Moreover, the year 2020 saw some lockdown-induced disruptions in agricultural value chain and the Directorate General of Food also failed in keeping a food safety threshold level (at least one million tons) of reserve in the food silos.

In 2019-20, Bangladesh government did not require to import a single ton of rice; only 4,018 tons of rice was imported by private traders. But in last fiscal (2020-21), both the public and private sectors imported over 1.3 million tons of rice, highest since it had to import a record 3.8 million tons in 2017-18 due to huge crop loss owing to flashfloods in Haor zone.

Bulk of the imports reached country’s ports in second half of the financial year and government’s food reserve was very low before being replenished in May-June this year. This has been assigned as one of the reasons why government failed to meet its targeted food deliveries to the poor and vulnerable during the pandemic time.

A food department monitoring report says yesterday that in 2020-21 financial year, government could attain only 71 percent of its intended food delivery to the vulnerable under the Public Food Delivery System (PFDS) till mid-June.

-To know who the companies have been; analyze the monthly behavior of the products; Or if you want personalized assistance for your business;