Mexico: Exports increased in March with large rise in strawberries 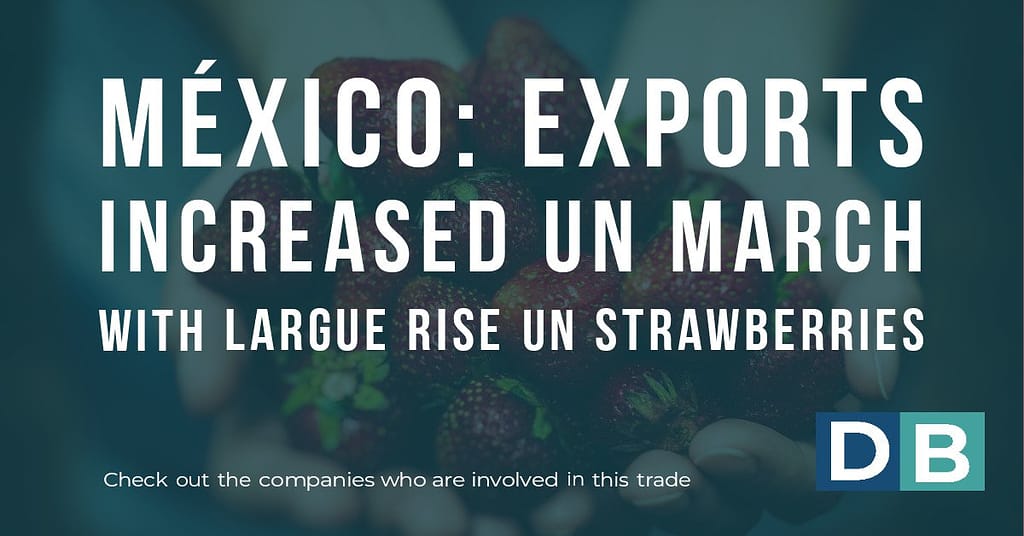 Mexico’s agricultural and fishing exports grew five percent year-on-year in March, totaling over US$2.1 billion according to data obtained by the Ministry of Agriculture and Rural Development of Mexico.

The most important export increases were fresh strawberries with almost 70 percent, citrus with 50 percent, raw coffee beans at 31 percent, pepper and edible fruits and nuts with 28 percent and 19 percent, respectively.

However, reductions were seen as avocados decreased 15 percent and tomatoes with almost a 13 percent decrease compared to last year.

The association said during the first quarter of 2021, agricultural exports totaled over US$5.5 billion, which is similar to last year which was more than US$5.4 billion.

According to the National Institute of Statistics and Geography’s Global Indicator of Economic Activity (IGAE), agriculture, livestock and fishing showed a 6.3 percent increase in February year-on-year.

During the first two months of 2021, the country’s agricultural and agro-industrial balance (agri-food balance) showed a surplus of over $1.7 billion.

Mexico’s total agri-food trade reached over $11.7 billion in the first two months of 2021.