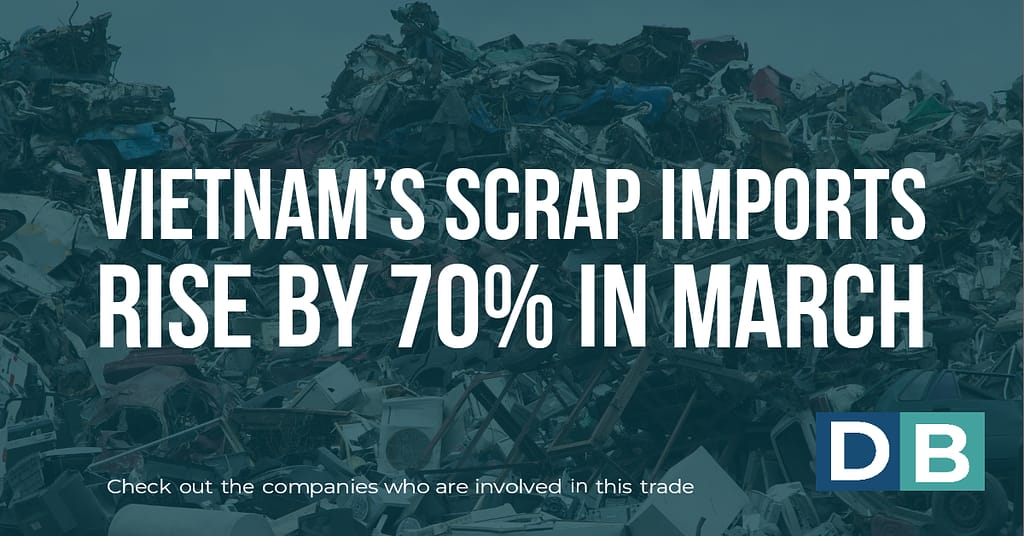 Scrap imports rose by 70pc in March from February, Vietnamese customs data show. The March total lifted first-quarter volumes by 3.4pc from a year earlier. Vietnam imported only a total of 796,418t during January-February.

Japan was the only major supplier that saw a decline in shipments. Rising domestic scrap prices and tight freight supplies dented Japanese exporters’ appetite for exports. Japanese scrap price recovered in mid-February and reached a near-term peak in early March. Tokyo Steel’s H2 collection price rose by ¥13,500/t ($124/t), or 49pc, at its Utsunomiya plant over the same period.

Japanese traders started to complain from late February that it was difficult to secure vessels even as freight rates rose rapidly, leading to some shipment delays for existing contracts. Tight vessel availability is likely still restricting Japanese scrap exports in April.

Vietnamese mills shifted enquiries to other origins to meet demand, particularly from the US and Australia for deep-sea bulk cargoes of 20,000-30,000t scrap each. March imports from the US jumped by 466pc and from Australia by 180pc on the month.

Vietnam steel association member mills produced 7.66mn t of steel during January-March, up by 33.8pc on the year, according to the association. January-March steel product exports surged by 59.5pc on the year to 1.63mn t. Vietnamese mills have benefited from a firming Asian steel complex, particularly with massive import demand from China after production curbs in Tangshan cut billet supplies.

Vietnam accounted for 31.3pc of China’s January-February billet imports. Asean countries are exempted from a 2pc import tax on billet into China. Vietnam has the highest steel capacity among Asean countries.